I was watching Nima's very popular talk (download if you're using chrome) (also mirrored at youtube here about the "Amplitudihedron", which has suddenly become very popular recently.

I'm especially stunned by the image (looks like a sort of a concrete example, don't know how they constructed the amplituhedron): 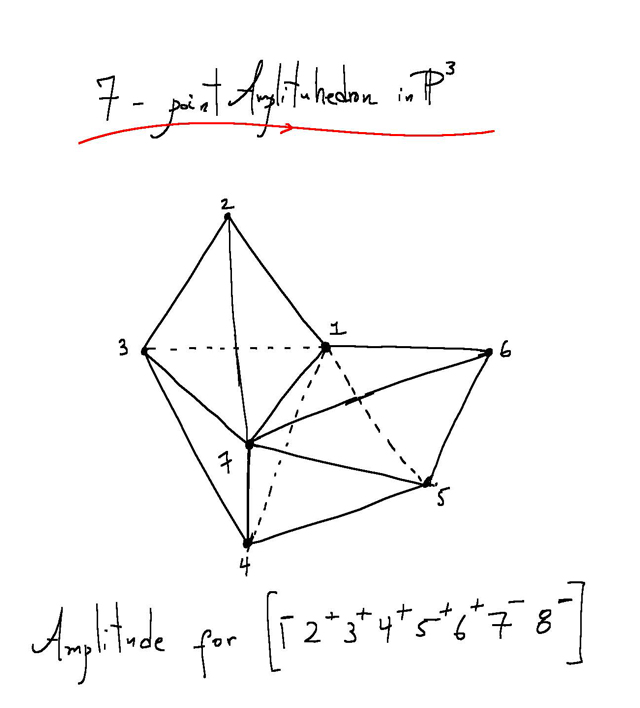 To summarise my question, how does one actually figure out, or construct, the amplituhedron based on the specific scattzering process?

Wait for the paper. It's a geometric object in some space whose dimension depends on the number of external particles, number of loops, and number of "helicity flips". The volume form, the integrand, is a simple form roughly scaling like $ 1/x $ where $ x $ is the distance from a face, and the faces are given by inequalities of the type "determinants of a submatrix are zero". These inequalities depend on the external momenta and/or twistor variables, sort of linearly or simply. The scattering amplitude is the single simple integral of the volume form over the polytope.

Retrieved from "https://physics.fandom.com/wiki/Calculating_the_Amplitudihedron?oldid=4123"
Community content is available under CC-BY-SA unless otherwise noted.